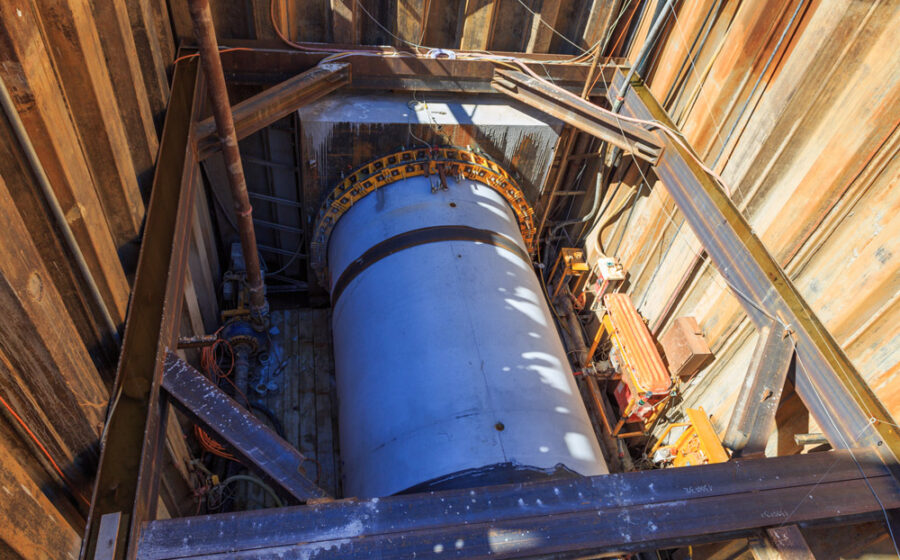 Cut Costs, Save the Planet with Microtunneling

Municipalities have traditionally used open cut techniques to install pipes underground. Because it requires digging along the length of the pipeline, the method can be tricky to set up in specific environments. What happens when you have traffic congestion near the installation area? What if you’re working in a heavily used space in the public right-of-way, or if you want to avoid extensive damage to street pavement?

Situations like these call for a more modern, less disruptive solution: microtunneling. The method involves installing pipelines section by section through dedicated shafts, with work done almost entirely below the surface.

The practice was first invented in Japan in the 1970s, but it took a few more decades to gain traction in the United States and Canada. It wasn’t until about 10 years ago that microtunneling started being used in both countries on a broad scale.

Unlike open cut techniques, microtunneling installs pipelines with minimal disruption to the surface. In a nutshell, two shafts are excavated at opposite ends of the tunneling drive. A remotely controlled microtunnel boring machine (TBM) is used in combination with pipe jacking to install sections of pipe underground.

As the boring machine digs through the ground, it makes way for new pipeline sections to be installed one-by-one from the first shaft. A vacuum extraction system carries excavated earth to the surface along with slurry water.

By reducing the amount of material going into the earth and returning to the surface, the system is also much cleaner and safer for workers. The microtunneling and jacking method as a whole is far less time-consuming and highly accurate.

Open cut installations require digging a trench across the length of a pipe, which makes it disruptive in situations where it is inconvenient or impossible to dig through the surface, such as under high-traffic roads, railroads, rivers and harbors, or in areas that are already dense with underground utility lines. As a result, contractors that offer microtunneling services have wider access to new work projects.

The small, localized nature of the worksite, with only one entry and exit point, also reduces the risk of injury to workers and the public. For similar reasons, microtunneling is also easier on the surrounding environment. Less surface disruption means less damage to plants and wildlife habitats, and municipalities pay less to restore the surface as a result.

Microtunneling significantly reduces the need for restoration and is generally a more economical system compared to open cut. Things like rising fuel costs and waste disposal become more manageable with this faster, more direct method. The practice offers time and cost savings in several other ways:

Making the most of your next project

To maximize the longevity of your next microtunneling pipe installation, it’s important to use watertight products that will stand the test of time. Without watertight joints, water infiltrates the pipeline and carries particles of soil with it. This will inevitably lead to a loss of soil fines around the pipeline and weaken it, which can eventually cause a total collapse.

Hamilton Kent gaskets have been used successfully on a numerous microtunnelling projects in North America. We offer several gasket solutions that are installed on the spigot to create a watertight seal that complies with ASTM C443, C1619 Class A and Class C, and CSA A2573. Some of these gaskets have been tested to pressures in excess of 50 psi with no leakage.

You should also consider a block seal gasket to stop water infiltration between the steel collar rings, secure the main seal against bentonite and external pressure, and protect the steel collar against aggressive substances within the pipe.

To learn more about our microtunneling products, find a Hamilton Kent representative in your area.