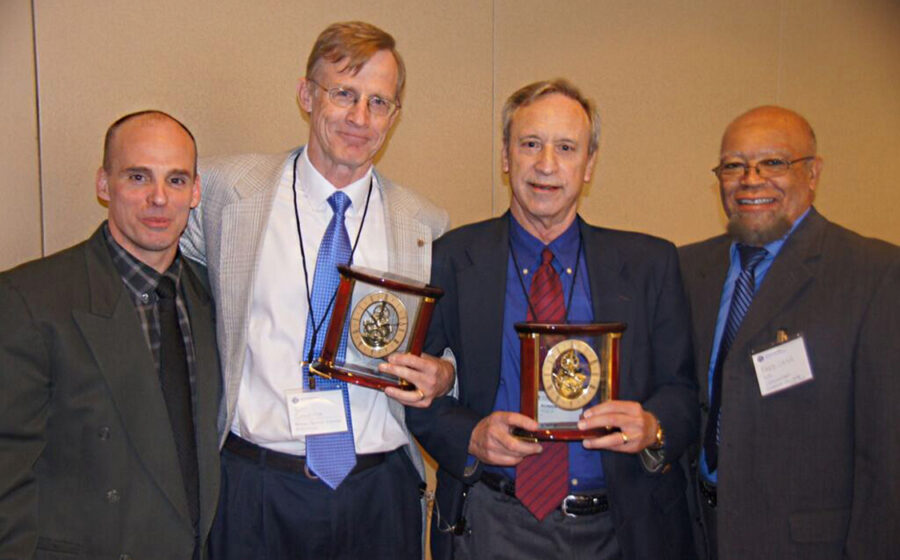 ASTM Committee C13 on Concrete Pipe has presented Roman J. Selig III with The Frank J. Heger Memorial Award. Selig is the former national accounts manager for concrete products and now a consultant for Hamilton Kent LLC. The Heger Award recognizes distinguished services and dedication to Committee C13. The committee has a portfolio of standards that play an important role in the standardization of concrete pipes.

A member of ASTM International since 1991, Selig works on several C13 subcommittees and is past chairman of Subcommittee C13.05 on Special Projects. His past honors with ASTM International include the Merlin G. “IB” Spangler Award in 2003, recognizing his outstanding technical contribution, and the ASTM Award of Merit in 2011.

Based in Birmingham, Ala., Selig joined Hamilton Kent in 2010. He previously served as director of marketing and engineering at Sherman Industries and as a technical resource engineer at Hanson Pipe and Precast. After graduating with a bachelor’s degree in civil engineering from the University of Arkansas, Selig served as a First Lieutenant in the U.S. Army Corps of Engineers, which included a tour of duty in Vietnam.

Beyond ASTM International, Selig has been an active member of the Transportation Research Board, the American Society of Civil Engineers, the Water Environment Federation, the Arkansas Academy of Civil Engineering, and the American Concrete Pipe Association (ACPA). The ACPA honored Selig with the prestigious Richard E. Barnes Award for lifetime achievement in 2010.