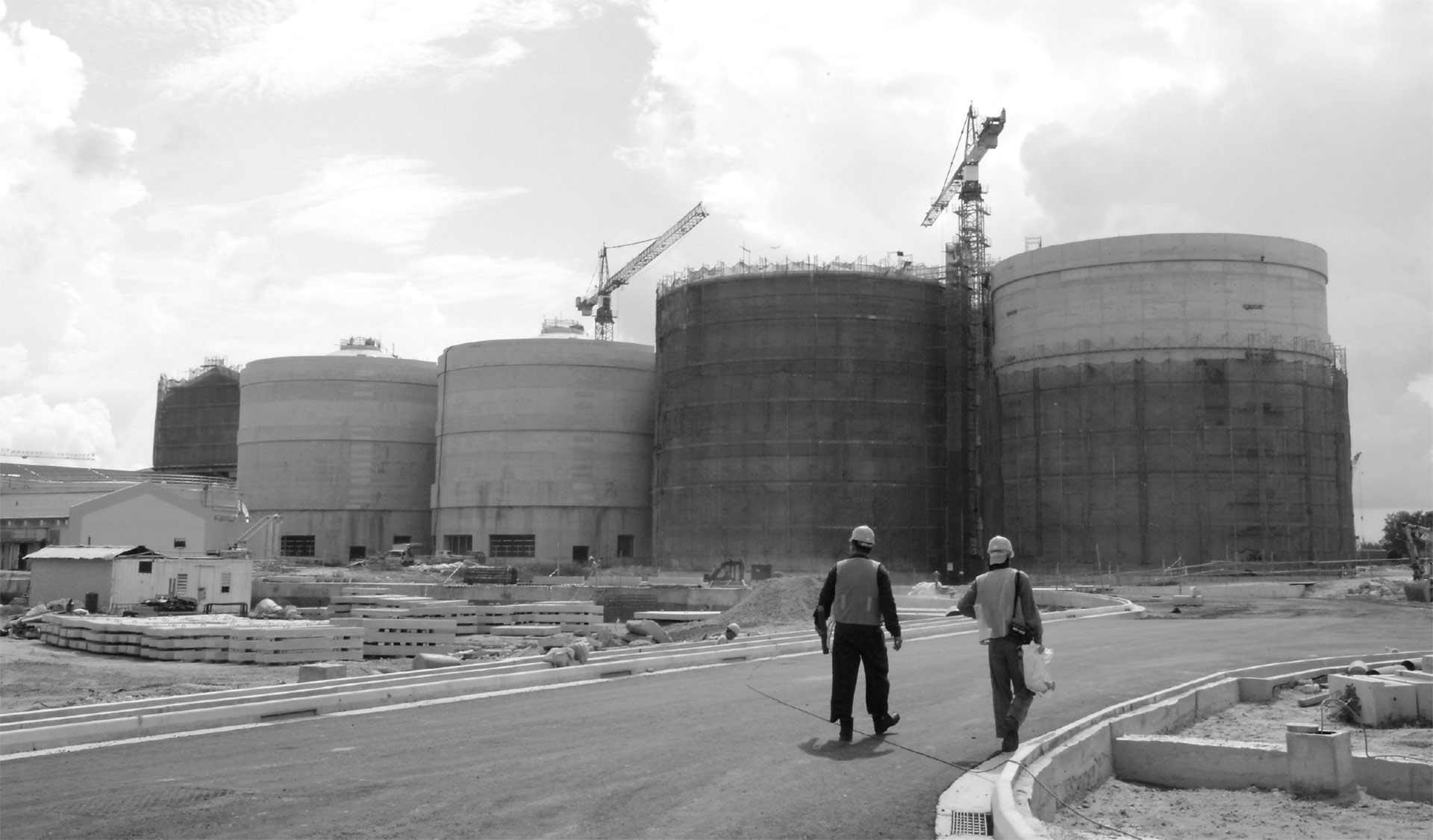 A Central Wastewater Solution for Singapore

One of the cleanest cities in Asia, Singapore’s sewerage infrastructure dates back to the 19th century, when the first structures were put in place for emptying chamber pots every morning. The first wastewater works started in 1910, with additional sewerage installations added over the years.

In 2001, the government moved to replace a series of aging sewer works distributed across the island with two new facilities – Changi on the east and Tuas on the west side. Reconfiguring the sewer system into two main plants would meet the increasing demand and reclaim land for the construction of new homes on the cleared sites. The wastewater systems, which had been completely separate before, would be connected by a new pipe system leading to the new facilities.

The wastewater influent tunnel to the Changi Water Reclamation Plant is almost 13’ (4 meters) in diameter. In addition, there were axial deviations of up to 1.8” (45 mm) at the connections. Following initial attempts at welding, the engineers from the company coordinating the project, CH2M HILL of Washington, D.C., quickly realized that it would not be possible to stay on schedule using conventional means to connect the sewer infeed to the installation.

There was also the risk that the heat generated by the welding would destroy the internal coating. In addition, uneven pipe ends and tensions in the pipe system made bridging the axial offset extremely difficult. The connection issues threatened progress on the construction of the entire facility.

It was determined that a pipe clamping system might be able to solve the connection issues, and CH2M HILL reached out to STRAUB Werke AG in Wangs, Switzerland. A few days later, engineers from STRAUB visited the Changi construction site to analyze the connection problem.

It would not be easy to create a permanently flexible and tight joint. The compensation of the axial offset in conjunction with the eccentricity of the pipe ends presented a major challenge to the STRAUB engineers. Since the pipes had already been securely installed, the STRAUB team needed materials that could be applied onsite.

STRAUB enlisted SIKA, a Zurich-based construction chemicals specialist, to provide its Sikadur 30 plastic coatings to compensate for the axial offset and deformation and match the outer diameters of the pipe end. Tests in a neutral laboratory would demonstrate the adhesion and elasticity values of the intended coatings.

The pipes were initially sandblasted and primed to ensure perfect adhesion. Then, a SIKA team applied several coats of the reinforcing adhesive to protect the inside and outside of the pipe joint with a special preservative coating as corrosion-proofing.

Meanwhile, technicians at STRAUB Tadco Inc., the Toronto subsidiary, were calculating dimensionally accurate STRAUB couplings. Since the pipes were already installed, they chose STRAUB OPEN-FLEX with a plastic-coated casing. The open-flex fitting could be readily positioned around the pipe joint and tightened. The internal rubber collar with edge seals allows the couplings to compensate for temperature changes in length, creating a reliable seal to the required test pressure of 116 psi (8 bars).

With the STRAUB solution and the expertise of the various specialists involved, the couplings were successfully installed in the pumping stations just seven months after the initial request. In the end, the project was not delayed and the wastewater treatment facility in Changi started operations at the end of 2005.